Take a trip to a dog park on any weekend morning and you’ll likely see a host of people interacting with pets. One might be slinging dog treats and singing praise; another might have their poor pup trapped in a painful prong collar. Both dogs might be well behaved for now – but the differences between the two dog training methods are night and day.

There’s more to providing your dog with positive reinforcement training than pushing treats. Positive reinforcement is a powerful dog training tool. The motive behind this method is fairly simple and easy to understand: Dogs learn good behavior by being rewarded for when they do well. And on the opposite side, punishment doesn’t have to come as a reprimand or through physical force.

Trainers and behavior consultants who rely on positive reinforcement methods often use verbal cues, dog toys, hand signals, treats, clickers, and even games to help modify dog behavior. Through these methods and tools, a dog trainer can correct bad habits, help your dog learn commands, and even teach your dog tricks you can show off to friends and family. Positive reinforcement dog training uses rewards to instill good behavior and correct inappropriate behavior when needed.

In many cases, these methods rely on a single interpretation of dog psychology and might involve punishments that mimic fighting and forcefully teach submission. For example, to correct a dog jumping up in excitement, the dog trainer might force a knee to their chest. A positive reinforcement dog trainer, on the other hand, would aim to replace the behavior with a controlled technique through a command like "sit" or "settle".

Which Side is Science On?

It might not be as complicated as brain surgery, but it is brain science. According to a study in the Journal of Applied Animal Behavior, confrontational and dominance-based training methods such as hitting dogs, intimidating them with punitive force or dominance actually do very little to correct dogs' behavior. In fact, the student suggested that these dog training methods would actually increase the chances that dogs subjected to them will be fearful and aggressive.

My Curious Canine's positive reinforcement dog training techniques teach you how to build a relationship with your dog built on respect and proper communication. For more information, learn more about my dog training style or contact me to book an appointment.

This error message is only visible to WordPress admins

Please go to the Instagram Feed settings page to create a feed. 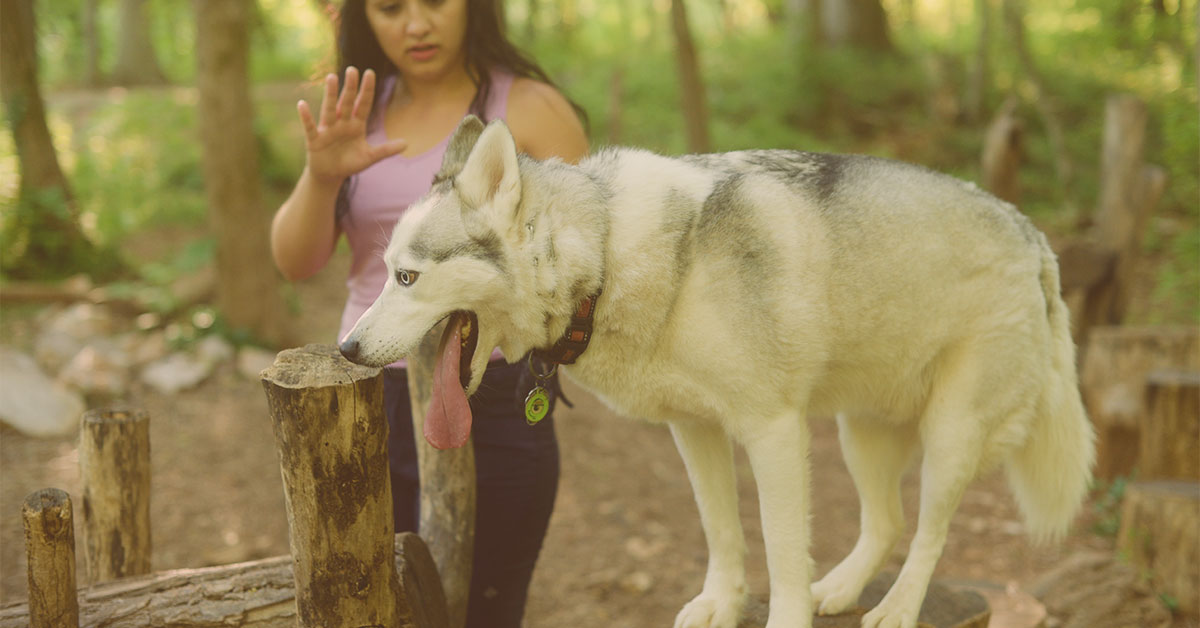 When Can My Puppy Start Training?